What is Schedule K-1 and More information on Royalties? ITIN for 8805 and Royalty Income 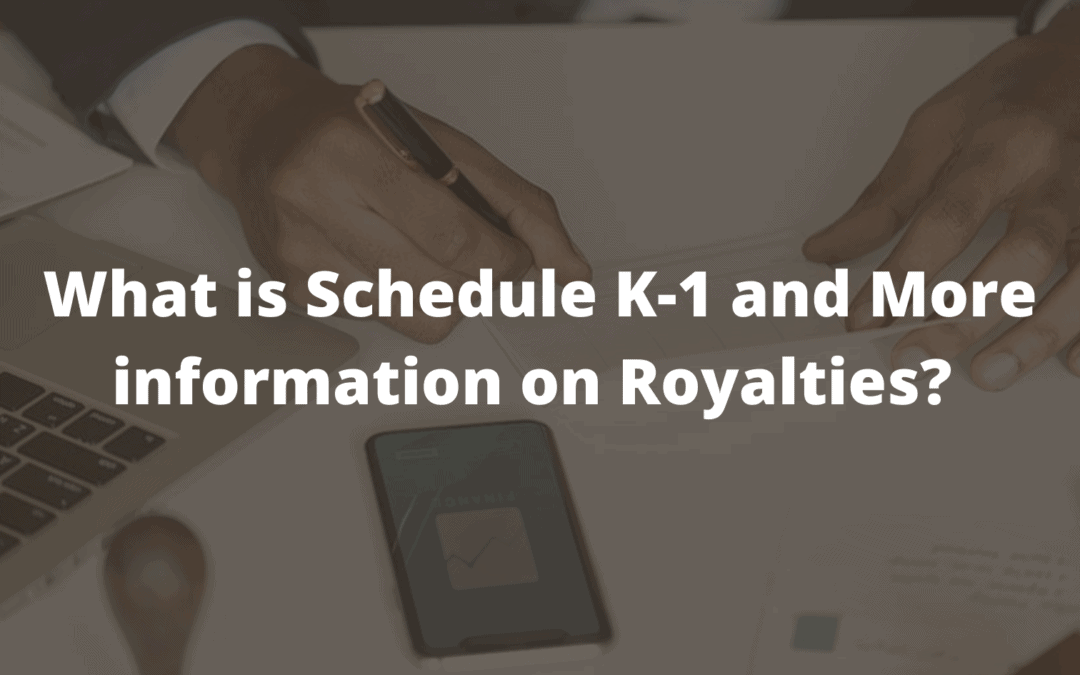 Owners of an pass-through entity (refer our blog about pass through entity definitions) are required to file annual returns reporting the shares of income that are allocated to owners, and to provide the individual owners with a statement of allocated income. Such statements enable owners to report their share of income on their individual tax returns. The statement of allocated income is known as form K-1 (or Schedule K-1) in the United States.

Partnerships, LLCs, S-corporations, and other entities that pass through taxes to its owners must send a K-1 form each year to its owners or partners. The K-1 is prepared by the entity to distribute to owners/shareholders to outline their portion of the income, loss, and deductions. Similar to a 1099 form received that highlights contractor income, tax payers do not file the K-1 directly with personal income tax returns. Instead, use the data on the form to fill out portions of your personal tax return.

Generally speaking, taxpayers report ordinary net business income or loss on Schedule E. Other income items are reported in the appropriate part of the 1040 tax return. For example, interest and dividends passed-through by an LLC or partnership are reported on Schedule B. Capital gains are reported on Schedule D. Tax software programs will often take the information on the K-1 input screen and report the income and expense amounts in the right place on Form 1040.

As of 2016, pass-through entities file their returns and send K-1 forms to shareholders by the 15th day of the third month after the end of the tax year. This is typically March 15.

Royalties (sometimes, running royalties, or private sector taxes) are usage-based payments made by one party (the “licensee”) to another party (the “licensor”) for the ongoing right to use an asset. The parties typically agree upon royalties to be a percentage of gross or net revenues derived from the usage of an asset or fixed pricing per unit sold of an item. There are also other modes and metrics of compensation that might be used for royalties. Royalty interest is considered the right to collect the stream of future royalty payments, most often used in the music and oil industries in order to describe a percentage of ownership for future production or revenues. These leaseholds may be divested from the original owner of the asset.

License agreements define terms under which a resource or property such as petroleum, patents, minerals, trademarks, and copyrights might be licensed by one party to another, either without restriction or subject to a limitation on term, business or geographic territory, type of product, etc. License agreements can be regulated, particularly where a government is the resource owner, or they can be private contracts that follow a general structure. However, certain types of franchise agreements have comparable provisions.

Payment of royalties depends on the agreement between the licensor and licensee. A royalty agreement is the part of the contract that a creator of the work negotiates with the party that seeks to exploit the creation. Royalties can be as simple as fixed money amounts for individual copies of a book or songs sold by the business. As an example, a novelist might agree to let a publisher print his new book. For granting the publisher the rights to print the book, the novelist receives $3 for each copy that is sold. If the novelist were a best-selling author, the publisher may agree to better terms and higher royalty rates. Publishers of books and music sometimes give an advance against future royalties to the respective author or musician when the initial contract is signed. As an example, the novelist might agree to receive a $5,000 advance against his future royalties. In such a case, the publisher will then keep the first $5,000 of the royalties that would have been paid to the novelist in order to cover the cash advance. Generally, if the book fails to produce enough money to cover the advance, the publisher might write off the difference as a loss or possibly sue the author in order to recover the advance. In other cases, the publisher might also try to get a payback of the advance if the author never actually produces a publishable manuscript.

The way royalties are paid differs by profession. Playwright royalties are often based on a percentage of the box office receipts from each theatrical performance of the play. The inventor may receive royalties in the form of amounts paid per unit sold or possibly as a percentage of the profits that are generated by the invention. Because a royalty is a term negotiated in a contract, the amount and type of royalty depend on the bargaining capabilities of both parties.

Royalties follow many of the same laws as personal property. When a tax payer dies, his or her heirs receive the royalties. For example, when Elvis Presley died, his entire estate went to his daughter, who continues to collect the royalties from the music company that distributes her father’s recordings.

The mineral and gas industry also uses royalty agreements. The origin of the term “royalties” actually comes from the mineral rights held by sovereigns. For many centuries in Great Britain, the Crown owned the gold and silver mines. Private businesses could mine the “royal” metals only if it made payments, royalties, to the Crown.

Schedules for royalty payments are specified in the individual contracts. Typically, payments are made quarterly or annually. The owner of the original asset typically has contractual rights to make an independent accounting of the business records associated with the asset to ensure that the numbers upon which the royalty is based are accurate.

In the United States, royalties are generally reported to tax payers on a form 1099-MISC and are taxed as ordinary income. There is no one size Schedule fits all for all royalties. The type of property that results in royalties determines where you might report the income — even if the tax rate for the income is the same.

All other royalties are generally reported on Schedule E. Income reported on a Schedule E is not subject to self-employment income.

Natural resources don’t last forever and in order to account for what happens as taxpayers use up those natural resources, they should take a depletion deduction at Part I of Schedule E. Depletion is like depreciation: it allows taxpayers to recover costs related to capital that they initially contributed. Much like depreciation, taxpayers also have to recapture depletion when the property is sold or otherwise disposed of.

If the tax payer sells their royalty interest, it generally ceases to be treated as royalty income and at that point may need to be treated as capital gain. That scenario will vary depending on the circumstances concerning the specific type of asset.

Our team specialise with international expatriate U.S. personal tax return service. If you need assistance with US 1040 filing for refund claim/FATCA Compliance work/FBAR FINCEN114 Filing, ITIN/ Form W7 Application/EIN/Form W8BENE or CAA services/1040NR U.S. tax filing for refund claim of excess 1042S / 8288A/ 8805/ W2/ 1099. We are happy to assist our clients in a timely, efficient, and cost-effective way.

For overseas clients. We can arrange for a skype interview if the documents are sent to one of our representative teams.
Our Skype ID is: TAH2108

This website uses cookies to improve your experience while you navigate through the website. Out of these cookies, the cookies that are categorized as necessary are stored on your browser as they are essential for the working of basic functionalities of the website. We also use third-party cookies that help us analyze and understand how you use this website. These cookies will be stored in your browser only with your consent. You also have the option to opt-out of these cookies. But opting out of some of these cookies may have an effect on your browsing experience.
Necessary Always Enabled
Necessary cookies are absolutely essential for the website to function properly. This category only includes cookies that ensures basic functionalities and security features of the website. These cookies do not store any personal information.
Non-necessary
Any cookies that may not be particularly necessary for the website to function and is used specifically to collect user personal data via analytics, ads, other embedded contents are termed as non-necessary cookies. It is mandatory to procure user consent prior to running these cookies on your website.
SAVE & ACCEPT

Which Tax ID Do You Need?

EIN is a BUSINESS Tax ID used to start a business and open a business bank account. You need an EIN if you’re starting a business 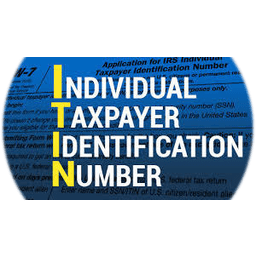 US PERSONAL TAX are imposed by the federal, most state, and many local governments. The income taxes are determined by applying a tax rate, which may increase as income increases, to taxable income.

I Need US Personal Tax

Choose the Tax ID that best fits what you need. If you have questions about which Tax ID is right for you, email us at [email protected]